The next batch of shows that included the late Jeff Ritzmann... Plus the Patreon segments that connected to them.

Seriah hosts Joshua Cutchin and Morgan Daimler in a rollicking discussion that begins with Fairies and UFOs and goes- seemingly everywhere! Topics include: "Fairies are Aliens/Aliens are Fairies" ideas, interdimensonality, extradimensionality, the power of names, Fairies piloting craft, Fairies in pop culture/reflections of pop culture, co-creation, Fairy taxonomy (Brownies, Elves, etc.), Bigfoot and other cryptids as Fairies, Technology vs. Magic and Magic vs. Technology, Technology from other worlds, Time perceptions, Liminality, "Extinct Race Hypothesis", "Birth Memory Hypothesis", Fairy abductions, Supernatural vs. Paranormal vs. Rare, Cultural Biases in Perceptions, Interactions between Fairies and the dead, and migration of Fairies internationally. Also, both guests share fascinating personal experiences. This is a conversation not to be missed!

Jeff Ritzmann passed away on February 24, 2021. He was a good friend, and brilliant artist, and thinker on the paranormal, who also had a lifetime of experiences. In the next couple weeks I will be posting all his appearances on Where Did the Road Go?. This first compilation is from his first appearance back in June of 2016, including the Patreon segment. Then the show we did that started on Project Archivist, and ended on a live edition of Where Did the Road Go?. Jeff will be remembered fondly.

Jeffrey David Ritzmann, age 53, of Joppa, Maryland passed away on February 24, 2021 at Upper Chesapeake Medical Center in Bel Air, Maryland. Born in Baltimore, Maryland, he was the son of Joseph and Jennifer (Kidd) Ritzmann, husband of Lisa (Cullum) Ritzmann and father of Dakota (Cody) Ritzmann. Jeff was a talented artist who loved heavy metal music and Star Wars. He enjoyed playing guitar, movie prop collecting and exploring the mysteries of the universe. Jeff attended Le Millet School of Art and Goucher College's program for gifted artists. In the mid-1990's Jeff started the Maryland chapter of the 501st Star Wars Costuming Group. He had a big heart and was dearly loved by his family and friends.

In addition to his parents, wife and son, Jeff is survived by three brothers and sisters in law, John and Coreen (Cullum) Yox, Ned and Denise (Cullum) Colgan, Tony and Kimberly (Cullum) Gwiazdowski, and several nieces, nephews and cousins. He was preceded in death by grandparents Herman and Edna (Miller) Ritzmann and Earl and Velma (Maxwell) Kidd, and parents-in-law, William L. and Dorothy M. (Jones) Cullum.

Outro Music by Seasons of the Wolf, Iron Maiden's "Flash of the Blade"

Seriah interviews John Chewter about pre-Columbian expeditions to the Americas by the Mali Empire, an Islamic society in West Africa. Topics include anomalous artifacts, lost history, Mansa Musa, Persian rescue of the works in the Library of Alexandria, Islamic preservation/advances in mathematics and science, Chinese expeditions to the Americas, King Solomon's mines, Viking exploration, and the search for gold- much thought-provoking material! - Recap by Vincent Treewell 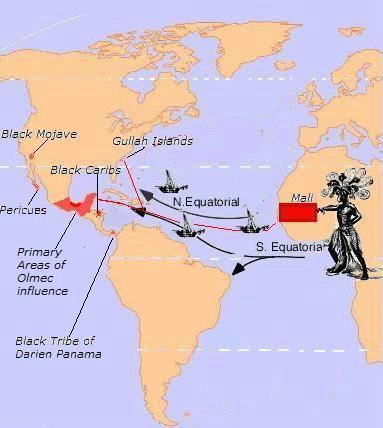 Seriah and Chris Ernst talk about various Movies, TV Shows, Podcasts, and books that have stood out to them, mostly stuff dealing with topics covered on Where Did the Road Go?

Included are titles such as...
Psycho goreman
Now Apocalypse
The Dig
The ritual
All of my friends are dead
Dark encounter
The Kettering incident
Shadow of the moon
The cosmos
Vast of night
Lovecraft country
The lodge
and many more...

Outro Music is Turn by Dramascream.

Outro Music is From Out of Nowhere by Meka Nism.

My 2 part interview with Robert Guffey put together into one. Originally from March 12, 2018, we talked about this on our previous show, so I figured thos was a good time to repost this, and this time as one part. Here we cover the story of his friend Damien (Dion in the book) and the type of hi-tech harassment he underwent. We get into how this affects our study of the paranormal, in particular, the UFO Phenomenon. It's a strange and fascinating story.