Going back to 2019 when Seriah was on a Stasis Episode of Projet Archivist...

"This week, Roejen reveals all the craziness that's been going on in his life and a Thank you to all., But first, Seriah convinces Roejen to actually do a show and Lee lee returns to helm the co-pilot seat. By the way, Roe has a fever of 101 and is probably toasted out of his mind on Nyquil and Fever ( I was!). We discuss Roadside Paranormal, Zack Baggins, Skin Walker Ranch, The Manson murder house, Do we have a hand in creating the phenomena? Other Podcasts to listen too, And, Because Roe's brain was in Free Float Mode, a bunch of other random topics. Closing Music For The Show:  Garbage- I Think I'm Paranoid."

Seriah's first appearance on the Brothers of the Serpent Podcast.

"For our last episode in the double digits we interview Seriah Azkath, host of "Where Did the Road Go" podcast(which everyone should subscribe and listen to, if you don't already). Seriah has tackled just about every mysterious topic there is on his podcast, and we talk about a little of everything, getting his take on ancient civilizations, poltergeists, UFOs, ghosts, consciousness, physics, cryptids, electric universe, and of course, pyramids." 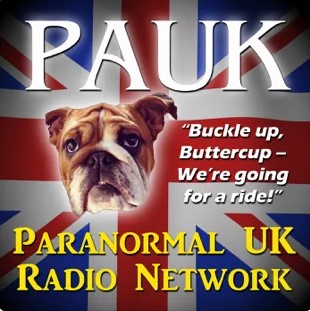 Seriah is a guest on Just Another Tin Foil Hat with Zelia Edgar talking about all kinds of things...

Outro Music is by BELLS≥ with The New Freedom Project

Seriah hosts Saxon AKA super_inframan, and Taylor Bell of the Green Lion Podcast for a free-wheeling discussion. Topics include the "Last Exit For The Lost" radio show, heavy music of various types, the goth esthetic, "Area 51: An Uncensored History of America's Top Secret Military Base" by Annie Jacobsen, non-alien Roswell theories, nuclear-powered aircraft, Stanton Friedman, Douglas Dietrich, the SR-71 Blackbird, after-effects of nuclear testing, activities people engaged in before the dangers of radiation were known, secret projects hidden by private corporations, Skunkworks, insects at extremely high altitudes, Wernher von Braun's reaction to the atomic bomb, J. Robert Oppenheimer, a bizarre true story of Norwegian art restorationist Gerhard Gotaas and a mural of demons, the discovery of "superionic" hot black ice, extremophile lifeforms, panspermia, tardigrades, possible life elsewhere in this solar system, a strange 1891 "meteor" strike in Kansas, director Guillermo del Toro and a possible film adaptation of H.P. Lovecraft's "At The Mountains Of Madness", the movie "Pacific Rim" and its sequel, Kaiju films, the symbolic meanings of Godzilla, nuclear bomb issues in Japanese culture, hypnosis and cognitive flexibility, the hypnotic experiment on "Hellier", a study on the reversal of false memory, the nature of memory itself, the ethics of memory manipulation, different perceptions in different cultures around the world and over time, ghoti/fish, Tarot decks, 6degreesofJohnKeel, and more! This is thoroughly enjoyable eclectic discussion!

Outro Music is The Huntress in the Armchair from Fox 45

Seriah hosts Tim Renner and Chad Redding after the release of Tim's latest book (and multi-media experience) "The Witch Cloud". Riveting conversation ensues. Topics include Gettysburg, witch cloud phenomena, Pennsylvania Dutch vampire lore, haunted bridges, ghost hunting, York County PA, a strange experience on a hike, the difficulties of recording or photographing paranormal phenomena, digging into local history, apparitions of non-existent people, use of the ghost box, encounters with owls, the "web" of the "other", anomalous sounds, Site 7 experiences, the dampening effect of crowds on paranormal phenomenon, the ghost hunting subculture, the Battle of the Crows, a paranormal "suggestion" to do a ritual, contagious emotions, light phenomenon, the mystical power of blood, and much more! This is a discussion not be missed!

Outro Music is The Witch Cloud by Black Happy Day