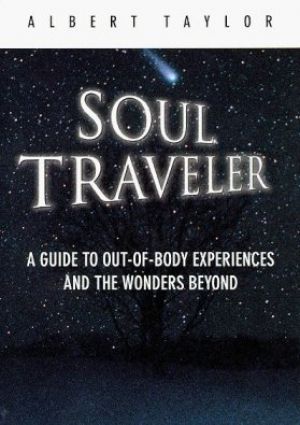 Soul Traveler; A Guide to Out of Body Experiences and the Wonders Beyond is a great read. I have the 1996 version, which is a bit shorter than the 2000 version. This was a really enjoyable read. Albert is very down to earth and matter of fact about his experiences. It's a very easy read, and Albert writes in a very personal way. It goes through his discovery of the out of body state, and his experiences in it. He has much of it written like journal entries that he copied over and he reflects on the meaning of each experience. He also talks of not knowing where to turn when all of this started spontaneously happening to him. A quick read, but well worth it. At the end he gives some tips on having your own out of body experiences. Definitely worth picking up if you are curious about OBE's. 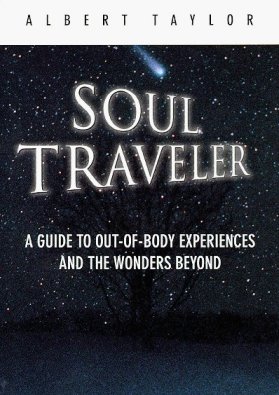 Albert Taylor Ph. D is an aeronautical engineer and scientist who spent almost two decades evaluating satellite system designs and many confidential government programs. Currently a metaphysical researcher, Taylor is an active member of the International Association of Near Death Studies, and a participant in the Monroe Institute’s Voyagers program. He lives in Los Angeles. Albert's book Soul Traveler talks of his own out-of-body experiences and much more.
Beyond that, he is a robotics expert, and has been creating robots to hunt for ghosts and other paranormal phenomena. We talk about all of this during this show.
Albert Taylor performed development engineering on a top secret program which has since become known as the F-117A Stealth Fighter. He evaluated satellite system designs in support of former President Reagan's Strategic Defense Initiative (SDI) or Star Wars. During the late 1980's Taylor taught Logistics Engineering at Cerritos College, California. He has also served as a volunteer art instructor at St. Paul's Elementary School in West Los Angeles. Taylor's art work has been exhibited in Southern California galleries. In 1992 he developed two prototype computers, and started a company called Phoenix Computers Systems, which he still owns today.
Check out his website at www.AlbertTaylor.com
Read more...
Subscribe to this RSS feed