Seriah is joined by Bright Rectangle Films members Bill, Drew, and Chris, as well as Adam Gorightly who appears in their latest film, The Hill and the Hole. We talk not only about the movie, but High Strangeness and Ancient Archaeology in the Southwest US, Mounds, Mound Builders, Giants, and much more...

You can also check out Mandate 33 (which we talk about) at http://www.mandate33.com/

Outro Music is BELLS≥ with No More Water 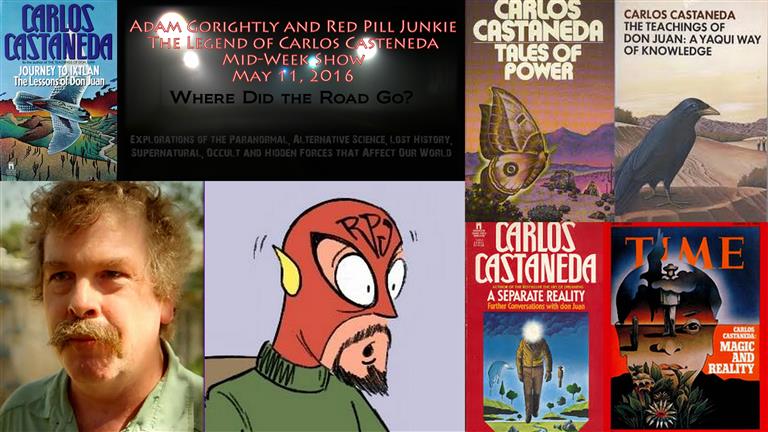 In this midweek show, I we discuss the story of Carlos Casteneda, who he was, whether or not what he wrote about was true, and what happened at the end. It's an exploration of the cultural impact Carlos had, and the dangers of such magnetic personalities.

The Salon article we discuss can be found here.

You can find more about Adam at his website; www.adamgorightly.com.