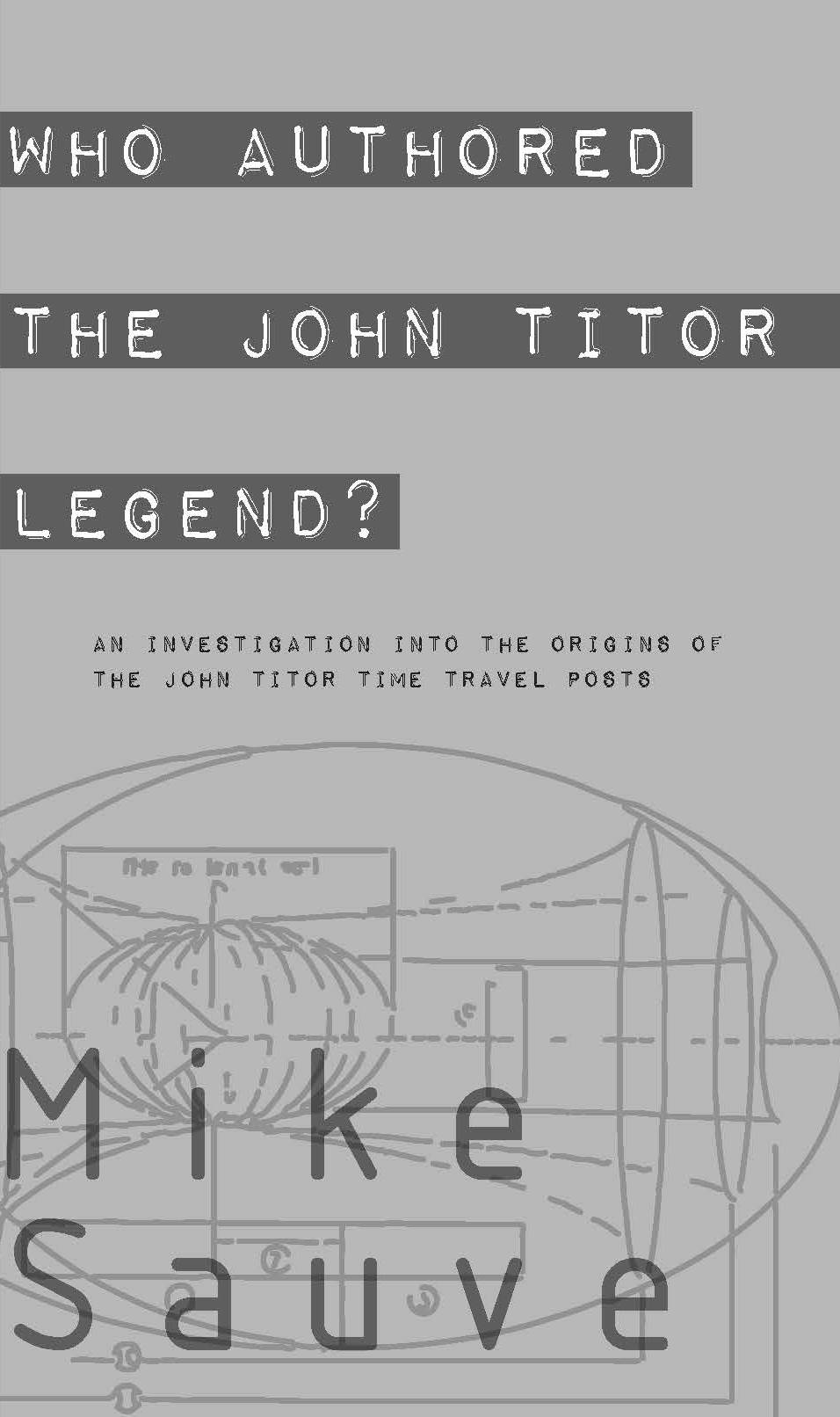 I talk with Mike Sauve, who has written, Who Authored The John Titor Legend. We get into a little bit of what his research reveals. From the back of the book;  In the year 2000, a man calling himself John Titor introduced himself to the Internet as a time traveler from the year 2036. He weaved a rich tale of being sent back to 1975 to retrieve an IBM 5100 computer. Those who interacted with John were impressed by the depth and apparent realism of his story. In the years that followed select details would emerge to help further legitimize John Titor.

The question of whether or not John Titor was a real time traveler remains a subject of contentious debate. This book sets that question aside to examine several figures who may be responsible for the posts. Among the principle suspects are entertainment lawyer Larry Haber and alternate reality gaming pioneer Joseph Matheny. Key players involved in the John Titor phenomenon who are not suspected of authoring the story are also profiled. These include a PhD who filed a patent based on John Titor’s time machine schematics, an Internet sleuth called The Hoax Hunter who has worked to debunk the story, and even Art Bell, the legendary late night radio host who received several faxes from John Titor.

Mike Sauve has written non-fiction for The National Post, Variety, Exclaim! Magazine and HTML Giant. His fiction has appeared in McSweeney’s and elsewhere. His novels The Wraith of Skrellman and The Apocalypse of Lloyd are available from Montag Press.

Outro Music by Psyche Corporation. "Strange Machine" from Crypts and Codes. Find her on Facebook.