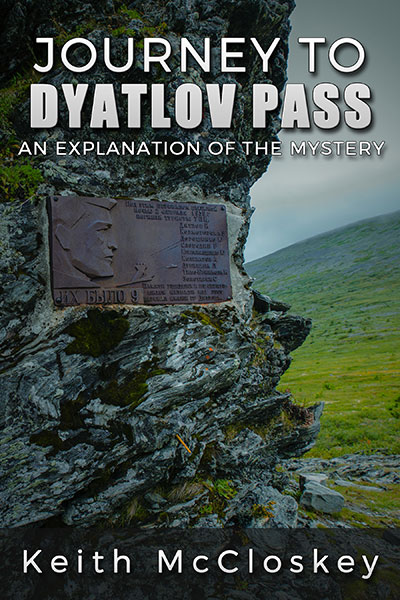 In his follow up book on The Dyatlov Pas incident, Keith presents a bunch of new data, talks about his trip to the pass, and weighs out the most likely scenarios.

End Music by Sanjuro Fields "How the Day Breaks" from their 2013 CD Whiskey for the Dead. Find them on Facebook and Bandcamp! 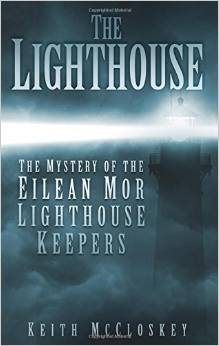 Keith McCloskey returns to the show to talk about his latest book, The Lighthouse: The Mystery of the Eilan Mor Lighthouse Keepers. In Dcemeber of 1900, 3 lighthouse keepers mysteriously disappeared from a lighthouse on Eilan Mor. We discuss that as well as new information on the Dyatlov Pass Incident.

On December 26, 1900, the vessel Hesperus arrived at Eilean Mor in the remote Outer Hebrides with relief lighthouse men and fresh provisions. Staffed by three keepers, the lighthouse had been in operation for a year, but no light had been seen from Eilean Mor for 10 days. Upon arrival, the superintendent, Robert Muirhead, found the lighthouse to be completely deserted, and a subsequent search of the surrounding island failed to show any sign of what happened to the keepers. The last entry in the lighthouse logbook had been made on December 15, and contained a number of strange and distressing entries that offered clues as to the mental state of the men. One was reported to have been crying, while another had become "very quiet." When it was revealed that the men's oilskin coats were missing and the clock in the lighthouse had stopped, inevitable theories surrounding the keepers' fates were soon put forward. These included a giant wave washing them away, murder and suicide by the men themselves, and more esoteric explanations, as Eilean Mor was believed to have mystical properties. This book explores this mysterious and chilling story in depth for the first time and reveals a shocking conclusion. 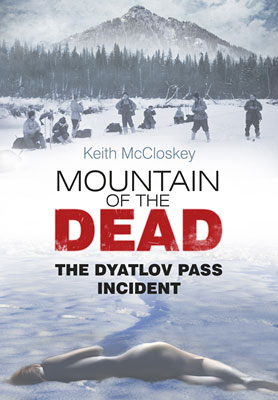 In January 1959, ten experienced young skiers set out for Mount Otorten in the far north of Russia. While one of the skiers fell ill and returned, the remaining nine lost their way and ended up on another mountain slope known as Kholat Syakhl (or 'Mountain of the Dead').
On the night of 1st February 1959 something or someone caused the skiers to flee their tent in such terror that they used knives to slash their way out. Search parties were sent out and their bodies were found, some with massive internal injuries but with no external marks on them. The autopsy stated the violent injuries were caused by 'an unknown compelling force'. The area was sealed off for years by the authorities and the full events of that night remained unexplained.
Using original research carried out in Russia and photographs from the skier's cameras, Keith McCloskey attempts to explain what happened to the nine young people who lost their lives in the mysterious 'Dyatlov Pass Incident'. His book is entitled, Mountain of the Dead and we speak to Keith about the details of what happened, what we do know, and the many theories as to what may have happened to them.
Keith's website: www.keithmccloskey.com.
Website for the book: www.dyatlov-pass-incident.com 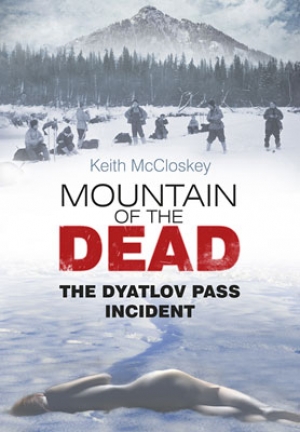 The Dyatlov Pass Incident is a true mystery. Something happen in 1959 to a group of skiers in the Ural Mountains that defies any kind of easy explanation. All 9 were found dead, after fleeing their tent that night, slashing their way out, with no supplies and unprepared for the excessive cold outside. They were experienced at this type of camping, and why they would do this is beyond puzzling. They all died of hypothermia, some with even more puzzling injuries. So what happened to them? Keith McCloskey does a fantastic job in laying out their final days. He paints a picture of the Soviet Union at that time, and their trip up the mountain. You get a feel for who these people were and the environment they were living in. He then gets down to describing how they were found, and the condition and location of the bodies. It’s a hard to put down book. Keith attempts to give ample voice to the various theories and take things apart to examine the facts thoroughly. At no point does he claim to have a complete solution, nor does he ignore evidence. He presents what we know, how we know it, and possibilities. He does have his own thoughts on the matter, of course, which he expresses, but not in a way that feels like he is stating the definitive last word by any means. If you are new to this mystery or not, this is the book you want to read. Unnerving, fascinating, and just an overall good read. Highly recommended.