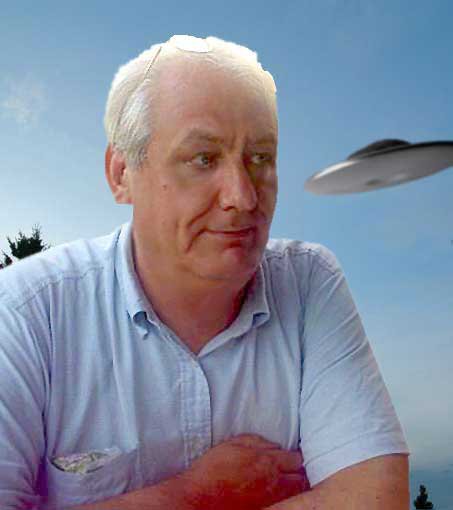 This week John Chewter tells the suppressed story of the 562AD ‘comet’ that caused havoc down the length of the UK, killed many thousands of people, was the major cause of the UK’s Dark Ages and was deliberately covered up by the Pope. However, the story does not end there. It spans seven countries and three continents, possibly explaining a few ‘mysteries’ along the way. This show will likely raise a few eyebrows!

John had a background in electronic design and went on to be International Sales and/or Marketing VP for such well-known companies such as Harris, Zilog, Logitech, and Mustek.

For the last 20 years, John has been running Coastal Computing (a web & app technology company) with offices in Spain and the UK. He now specializes in coding & designing large website systems and new scheduled radio stations for broadcast companies, retail chain stores and other interested parties.

Alongside Coastal Computing, John and his archaeologist / anthropologist wife Sally have set up, coded, and run DeprogrammedRadio.com. This is a 24/7 web radio station, on their own servers, which automatically imports, time shifts and streams ‘alternative’ programs created by 3rd parties who would otherwise not get an airing on mainstream media - as well as some solid & relevant science shows. We can, and sometimes do, control it from smart-phones when we are travelling or researching.

John used participate in Roman excavations in southern England, has always been interested in classical and ancient history, especially the bits that ‘do not fit’. He has been researching some of these oddities for some 40 years, sometimes collaborating and assisting other alternative researchers, broadcasters and filmmakers, some of whom have appeared on this show.