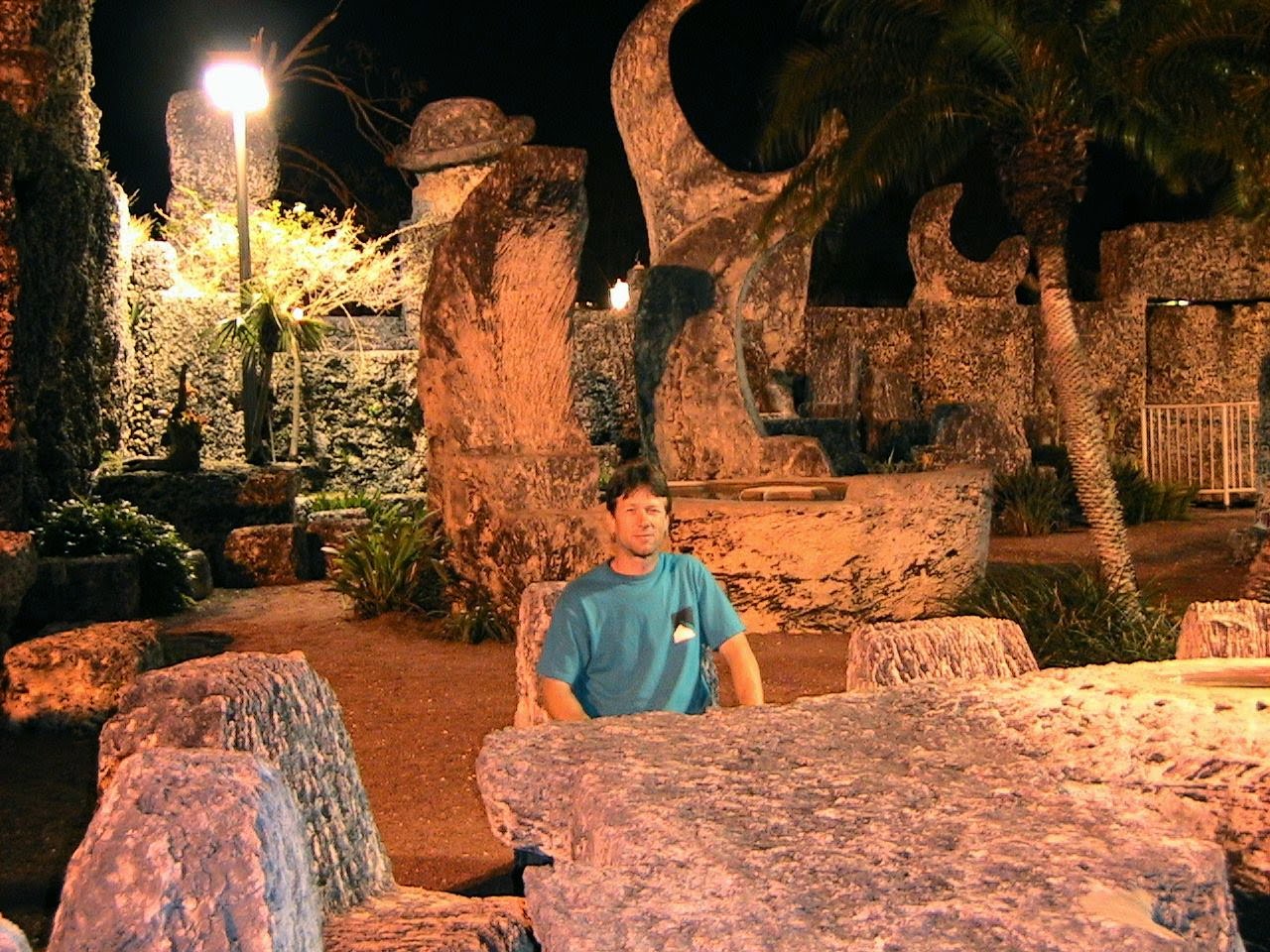 In David's words; While visiting Coral Castle, during the winter solstice of 2005, the intention was to investigate the entire site in search for any clues of how the building process was accomplished. The reason for the trip to Coral Castle, out of all the great sites in a reasonable distance, Edward Leedskalnin is the only person in our modern era to claim he knew how the pyramids in Egypt were built and left behind the evidence to prove it. Before the thought of visiting Coral Castle hours of online research was spent on Leedskalnin and the book he had written entitled Magnetic Current. At the time in 2005 there wasn't as much information available on the internet but whatever could be located was taken into consideration before the trip. There were quite a few theories on how he accomplished his mysterious building methods but no one has yet to actually demonstrate how it was done from beginning to end. Some have attempted on a smaller level but still to this day not one single person has accomplished the building feats on the scale of Coral Castle.
All of David's Pages: http://en.gravatar.com/dcarr1969
Read more...
Subscribe to this RSS feed