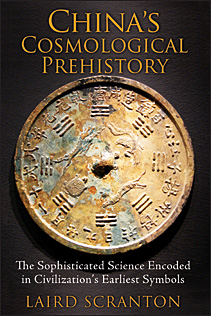 Laird Scranton is our guest this night to discuss his latest book, China's Cosmological Prehistory: The Sophisticated Science Encoded in Civilization's Earliest Symbols. We discuss the knowledge of the ancients, the deep connections in cosmology, creation myths, and science between the Dogon, Chinese, and Buddhist systems. It gets VERY interesting in it's implications...
Laird Scranton is an independent researcher of ancient cosmology and language. His studies in comparative cosmology have served help synchronize aspects of ancient African, Egyptian, Vedic, Chinese, Polynesian and other world cosmologies, and have led to an alternate approach to reading Egyptian hieroglyphic words. His degree is in English from Vassar College.
He became interested in Dogon mythology and symbolism in the early 1990s. He has studied ancient myth, language, and cosmology since 1997 and has been a lecturer at Colgate University. He also appears in John Anthony West’s Magical Egypt DVD series. He lives in Albany, New York. His writings include books and articles published or taught by Colgate University, Temple University and the University of Chicago.
www.lairdscranton.com
Rate this item
(1 Vote)
Tagged under
Tweet