Scotty Roberts and John Ward join us to talk about ancient civilizations, Egypt, and their upcoming Paradigm Symposium. It goes way further than that, as we get into symbolism, occultism, Aleister Crowley, and much more. 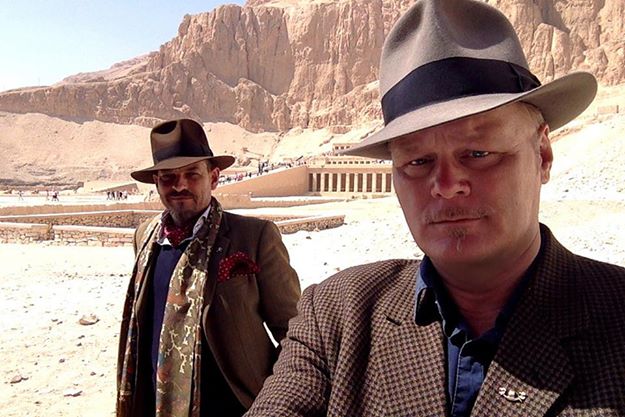 Dr. John Ward is an archaeologist and anthropologist residing in Luxor, Egypt. Over the years, Dr. Ward has conducted numerous investigations of ancient Egyptian architecture and symbolism, while also carrying out research into the many mysteries surrounding medieval Templarism. In 2006, Ward was recruited by the Knights Templar of Britannia, which is a modern Templar order affiliated with and has been acknowledged by the Vatican. With the help of his partner, Dr. Maria Nilsson, John has managed to track the use of particular symbols through the various dynasties and the geography of ancient Egypt leading all the way into the present, with similar threads even extending into parts of Western Europe. The symbols that John and Maria have come to recognize play a very important and integral role, based from their studies, regarding ancient Egyptian life. It is through these symbols that they are driven with the passion to continue their work, which has enabled them not only to develop a greater understanding of the various cultures they study, but also to utilize and acknowledge the importance and sanctity of the symbols. These are aspects which, John argues, still remain largely unknown to mainstream academia. 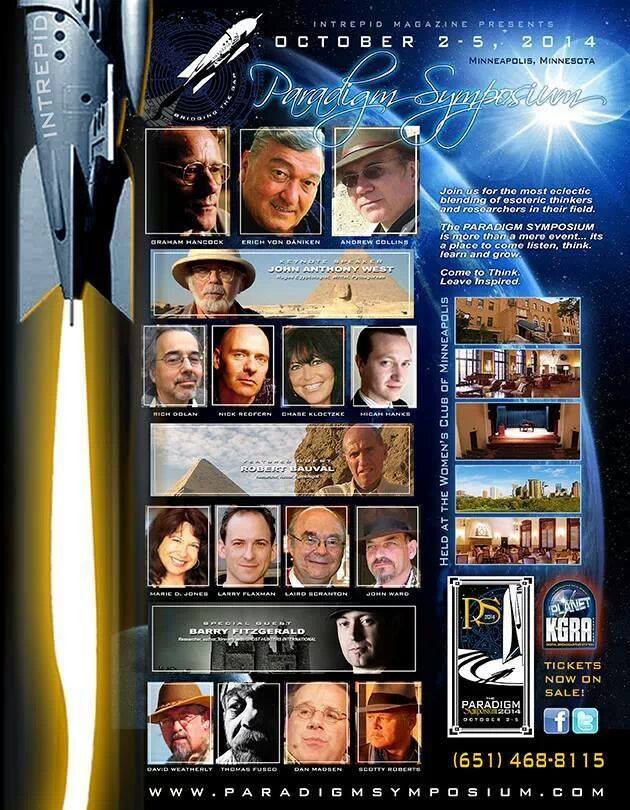 Scott Alan Roberts is a man of diverse interests and a fairly eclectic background. He is Founder and Publisher of INTREPID Magazine, a monthly journal focusing on Politics, Science, Culture, Conspiracy Theories and Unexplained Phenomena. He is the Founder of the Paradigm Symposium. He is an accomplished writer, public speaker, illustrator, historian, designer, theologian and stand up philosopher. Of Scot/Welsh descent, he was raised in an agnostic Christian home, with a communistic Jewish grandfather and a Ukrainian Orthodox stepfather and was mentored by an old stonemason throughout his early teen years. He attended Bible College and entered his Masters of Divinity program in theological seminary in a very conservative, fundamentalist, evangelical Christian academic setting. He joined the United States Marine Corp and eventually entered the ministry as a youth pastor. All of this was to prep him for the next thirty years, which he spent in advertising and publishing. Scotty’s first pieces of published artwork appeared on a plethora of dust jacket and cover designs for a small, Minneapolis‐based theological book publisher in the late 1970s and early 1980s.

In and throughout his career, he has been involved in theatre and stage drama, and did a stint as a royal character at the Minnesota Renaissance Festival, which lasted over fifteen years. Scotty attributes much of his stage presence and public speaking abilities to his years of interactive street theatre at the festival.

During a subsequent period of working in various ad agencies throughout the 1980s and 1990s, Scotty authored and illustrated a series of graphic novels, The Bloodlore Chronicles.

During the 1990s, Scotty owned The Uptown Marketing Group, a small advertising and marketing studio in the Minneapolis area. During this time he authored a number of newsletters and advertising campaigns, as well as servicing a list of illustration and design clientele.

Scotty is the author and illustrator of The Rollicking Adventures of Tam O’Hare (2007), an illustrated novel originally intended for 8‐14‐year‐old readers, but which found its greater readership with the college‐aged audience and older. He has also authored for New Page Books, The Rise and Fall of the Nephilm (2012) and The Secret History of the Reptilians (2013).

Scotty has written articles for TAPS ParaMagazine (the official publication of SyFy’s Ghost Hunters) and went on to become their Editor‐In‐Chief during 2009 and 2010.

He is a talented public speaker, and has been a featured lecturer with TAPS and Beyond Reality Events, as well as various other paranormal events between 2007 and 2012.

He is father to five children, and lives with his wife and family in rural Wisconsin. Being a native Minnesotan, Scotty considers himself a ‘stranger in a strange land’ filled with Green Bay Packers fans.

More in this category: « Edmund Marriage on the Annunaki, Jesus, Cataclysm, and much more... September 14, 2014 Laird Scranton on China's Cosmological Prehistory - September 27, 2014 »