Seriah is joined by Stephanie Quick and David Metcalfe for a wide-ranging discussion based around the subject of using a multidisciplinary approach to studying the paranormal. Topics include Bigfoot encounters that include strange lights/UFOs/MIB, Loch Ness Monster and the occult, witness testimony, emotions affecting perception, orinthology vs ufology, the film "The Explorers", the 1946 UFO sighted in southern California and described as being made of balsa wood, Meade Layne, Mark Probert, meta-materials, the paranormal encounter as a holistic experience, California wild fires and flash floods as metaphors for the paranormal, the Stephenville lights, the O'Haire Airport UFO, anomalous weather, Jeffrey Mishlove's "The PK Man: the true and strange story of Ted Owens", the UFO as a manifested object, witnesses seeing very different things, Jenny Randles' book "Mind Monsters", geo-magnetic anomalies and the paranormal, Dr. William G. Roll's University of West Georgia studies of poltergeist activity, Dr. David Mitchell's UWG study of quartz and time-slip phenomenon, Dr. Christine Simmonds-Moore's UWG study of the "God Helmet", citizen-scientists and the paranormal, APRO, reality TV paranormal investigation, shadow people, bird-watching as a model for establishing scientific paranormal studies, Patricia Pearson on systematizing experiences with the dead, Jacques Vallee and Paula Harris, interview techniques, psi training, the devaluing of repeat experiencers, old-school MUFON networking, the counter-productivity of the internet and social media, target demographic marketing, the news cycle and the decline of investigative journalism, and much more! This is an episode not be missed, loaded with information!

Outro Music is "Femme" by Delta of Venus

This is part 2 of the conversation that started last week with Cherylee Black and David Metcalfe, most about PSI research, but it goes here and there. At the end there are a couple of personal encounters that members of the band High Council had.

Outro Music is by High Council, the song is Stormchaser from the album, Held in Contempt.

Seriah is joined by Cherylee Black and David Metcalfe and they talk about a variety of things involving PSI and the Paranormal, and how science can best study it, and the pitfalls involved. 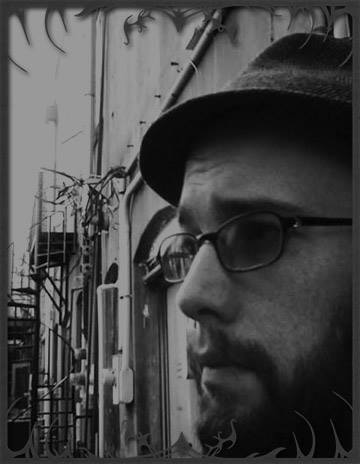 David and I talk about a lot in this interview. We talk about music and its effects on the brain. We talk about perceptions, media, preferences, bi-aural compositions, and more. Then we get into the paranormal, and discuss ghosts, UFO's, consciousness, reality, and liminality. This goes all over the place, gets pretty deep and subtle at times, and makes some strange connections.
David Metcalfe is an independent researcher, writer and multimedia artist focusing on the interstices of art, culture, and consciousness. He is a contributing editor for Reality Sandwich, The Revealer, the online journal of NYU’s Center for Religion and Media, and The Daily Grail. He writes regularly for Evolutionary Landscapes, Alarm Magazine, Modern Mythology, Disinfo.com, The Teeming Brain and his own blog The Eyeless Owl. His writing has been featured in The Immanence of Myth (Weaponized 2011), Chromatic: The Crossroads of Color & Music (Alarm Press, 2011) and Exploring the Edge Realms of Consciousness (North Atlantic/Evolver Editions 2012). Metcalfe is an Associate with Phoenix Rising Digital Academy, and is currently co-hosting The Art of Transformations study group with support from the International Alchemy Guild.
Metcalfe's most recent project is a collaboration with Dr. R. Andrew Chesnut, Chair of Catholic Studies at Virginia Commonwealth University, exploring the sanctification of death in the popular faith traditions of the Americas.
Check out his websites. theeyelessowl.net, and liminal-analytics.org
This interview was recorded on July 16, 2013.
Read more...
Subscribe to this RSS feed