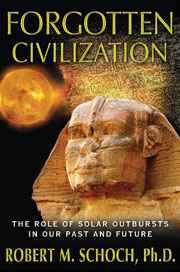 Robert Schoch returns to the show to talk about Easter Island and Alternative Science. Aside from being a Geologist and pursuing alternative archaeology  Dr. Schoch has also authored a book on the Paranormal. We will be discussing this, as well as cutting edge findings in science that may take us in a whole new direction in the future.
Robert is the Geologist who re-dated the Sphinx to a much earlier date back in the early 90's, and since then, he has been following that trail along the path of a lost civilization. Schoch is a scientist that is not afraid to follow the evidence where it leads. On this special 2 hour edition of Where Did the Road Go?, we discuss...
and of course, much more...
We also had Robert on the show back in February (which you can check out in the Archive) and we talked about Gobekli Tepe, his experiences with other scientists and egyptologists, and evidence of solar outbursts in our distant past. He also has a tour coming up in Turkey, which includes Gobekli Tepe, in June. You can also find my review of his most recent book here.