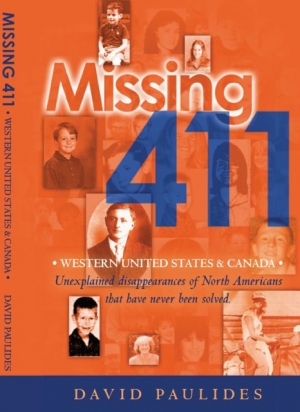 What you have here is both fascinating and deeply disturbing. These are cases of missing people, which span for over 100 years, that have all disappeared in or around National Parks. Now, at first, that may not sound so strange, plenty of people get lost, attacked by wild animals, etc. Sure. These, however, are not those cases. These cases are baffling and perplexing. These people, and a good number of them children, disappear in circumstances that should not have led to a disappearance. People, out of sight for mere moments, never found again. Experienced hunters and hikers who disappear without a trace, or, worse yet, whose bodies are found in inexplicable places. Those found alive, don't seem to be able explain where they have been, and those that can relate something, just add to the mystery.

Make no mistake, David Paulides has fleshed out something that, until now, no one has noticed, no one has taken a serious look at, and if they have, they have not gone public with it. This is important work. And in these books, you will find no speculation, no attempt to wedge in any particular theory. David relates the facts from FOIA documents, newspapers, park records, Police reports, and occasionally those involved.

There are patterns here, and they make no real sense, but yet, there they are. Some examples; children often disappear with their dogs, trained Bloodhounds can't or won't track the victims, bad weather hits the region where the person has disappeared shortly afterwards, there are clusters of people in certain areas, spread out through decades, berries are often a factor (people disappear while picking or near berries, or are found by berry bushes), often people are found without clothing (but not molested in any way), often victims are found near swamps, creeks, or boulder fields, and, people will often be found in an area that has been searched thoroughly just previous to their discovery. In the 100's of cases in these books, you will find these patterns happening again and again. As I said, they make no sense, but this is not hearsay or legends, these are documented cases, with the information being gathered from official sources.

David is a former law office with 20 years of experience. This work is exhaustive and detailed, and put together in a way that defies any simple answers. These books record disappearances that have happened. There is no doubt here, and no easy explanations. The reporting here is done with no bias, just a record of the facts and an attempt to find patterns to these strange events. It's creepy. It's chilling. It makes me think twice about wandering alone in the woods, especially in certain places. It is something that needs more attention. One strange disappearance can be overlooked or explained away. Not three thick books filled with similar disappearances.

You need to read this. I am not sure what we know about our world today, can explain what is happening to the people in these books. Highly recommended and an essential volume of work.

You can find out more at: www.canammissing.com. Do not by the books from Amazon, you will be paying twice as much as you can on David's site. 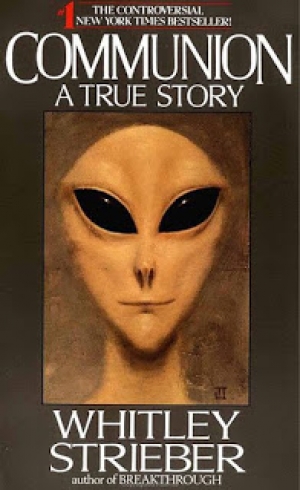 Communion was one of the two books back in the late 80's that brought the face of the grey alien into popular culture. Strieber took a lot of heat for his story, from both sides of the tracks. Believers in the Extra-Terrestrial Hypothesis attacked him for claiming that he didn't believe that was necessarily the answer, and, of course, the closed minded skeptical community attacked him for suggesting that something like this may be real.

For the record. I believe his story. I believe he is telling the truth as he knows it. I read this originally back when it came out, and felt that after 20 years, I should re-read it and see how I felt about it from my current perspective. My feelings haven't changed. This was an important book. It made people more comfortable about talking about their own experiences. Whitley approaches this with common sense and skepticism. He spends a lot of time trying to see if his experiences were somehow caused by hallucinations or medical issues, like temporal lobe epilepsy, which they were not. Even at this early point, though, he realizes that dealing with the UFO Phenomenon, literally challenges our view on what reality is. As I read this, I got the feeling of someone painting a painting, representing their normal life, while all the while another painting was being painted underneath, and only a crack reveals it's existence. And as that crack is widened, more of the painting underneath, this hidden world, comes into awareness. It was always there, and we have no idea how it got there without us knowing. It's disturbing. And enlightening. If you are interested in the paranormal and have never read this classic piece of work, you should. It is as valid today as when it was published. It is pure, straight to the point, and free of any kind of agenda. As Whitley takes your through his awaking into what happened to him, you can feel what an impact it had on him. As strange as it all may sound, I am sure it was 1000 times worse for him.

I do plan on reading, at very least, Transformation again as well, as I think that had even more of an impact on me than this did.