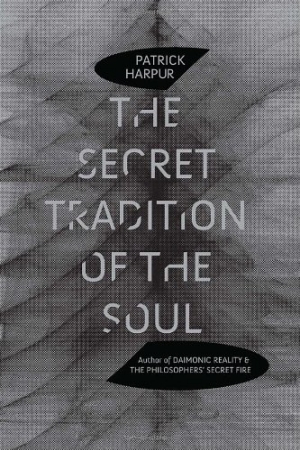 The Secret Tradition of the Soul is a magnificent piece of work. Like poetry flowing through the ideas that Patrick presents, drawing down the outline of ineffable things. You go on a journey here, exploring different concepts of Soul, Spirit, Ego, Reality, Consciousness, Afterlife… Otherworld. He brings to life the concept of the Daimonic, it’s influence on us, it’s reflection, it’s path. Our path. The Soul that we should connect to, but often in our modern world, do not. At a bit over 200 pages, this is densely written, in that it contains a great deal of information, exploration, and wisdom. He traverses the archetypes of mythology, the images of the shaman, and the disconnect of our material, ego-driven world. He does so, though, with a balance and grace that inspires when you read. It made me feel good to read this. That is the simplest way to put it. Patrick does a wonderful job of outlining the interplay of Soul and Spirit, and how they differ. It starts off a little dry, but it does need to accommodate you to its ideas. By halfway through, it’s hard to put down, yet hard to read too much of at once as it often needs to sink in. He travels down different paths to the afterlife, from Near Death Experiences, to Tribal beliefs to spirit communication. Jung’s ideas run throughout, as do mythological themes. It is actually hard to write about this book. It is a deep piece of work, bordering on art. It is rejuvenating, and I couldn't recommend it higher, at least if something deep and philosophical doesn't scare you away… 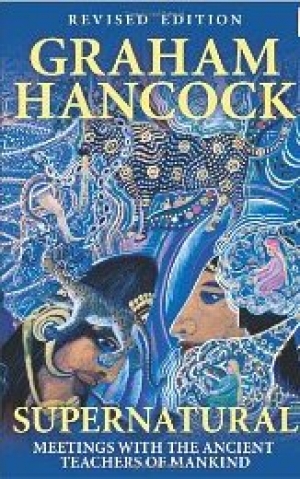 Graham Hancock never ceases to impress me. That is not an easy task, and Supernatural, again, does the trick. I wasn't sure what I was getting into with this book, I had read very little about it, but knew that it had little to do with his previous works. One of the things that I admire about Graham is that he approaches things so open, with respect and wisdom. A sense of wonder is always present. He never gets so caught up on a theory that he starts losing his balance, he is very aware that he may change his mind further on down the road as more information comes to light. This is what is lacking in so much paranormal and fringe work. This piece starts off a bit slow, working its way through the various cave art around Africa and Europe, and discussing the various theories on what they mean. Where he goes from there is fantastic. I have always held that there are strong connections between the fairy faiths, UFO’s, angels and demons, etc., as well as occult experiences. However, I had never thought to add into that Shamanic and trance experiences. Graham manages to strip back yet more of the disguise, and show the connections between them all (not so much on the occult side of things, though). It expands on the ideas of researchers like Jacques Vallee, and manages to tie in even more of the puzzle. At no point does he, however, present you with a set theory or idea. He is not someone to push things, and that continues here. Graham explores the various ideas and research conducted on altered states of consciousness, and pokes around in some DNA theories, and tries to show, more than anything, the connections, and possible correlations between what seem like widely separated subjects. Also, not one to sit by and use other people’s work as a substitute for direct experience, he travels to see said cave paintings, just as he dove on undersea ruins, and traveled to lost cities for past books. He also experiments with various mind altering drugs, in order to really understand what he is writing about. His experiences and conclusions make it all the more valuable. Once again, he antagonizes the dogmatic, however unintentional, in an honest and open exploration of ideas. It’s something that science as a whole could benefit from. You don’t have to agree with anything he concludes here, or anywhere else, but he pursues his course with honesty and integrity. He is open minded and logical. He doesn’t shun science, but isn’t afraid to speculate, either. Well worth the hefty read. You may walk away with a new way of looking at the world... 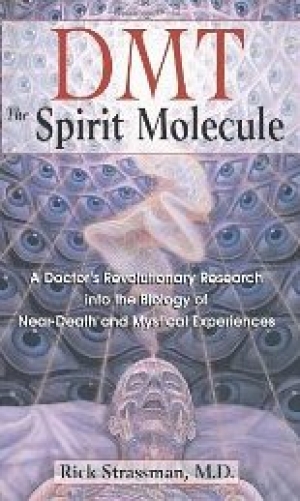 There are people who feel that science and the paranormal cannot co-exist, usually forgetting that many things were paranormal until explained by science. In today's world, talk of things like Alien Abductions and Near Death Experiences often get one ridiculed by people who are more, scientific. In DMT, The Spirit Molecule, Dr. Strassman proceeds in a completely scientific manor to investigate the effects of DMT on various volunteers. The results though, may help to identify certain mechanisms that may be involved in such ridiculed events such as Alien Abductions. Make no mistake, this is not a New Age book. Dr. Strassman is an accredited and peer reviewed scientist, who did not set out to deal with the subjects that he eventually did. Like any good scientist, he followed the data. It led him to very surprising places.

DMT Experiences, although often unique, also have certain common qualities to them. One of them is meeting ‘beings’, and experiencing some of what happens in an Alien Abduction. Dr. Strassman, as much as he seems to have resisted it, eventually had to admit that the experiences did not bear the markings of being just an hallucination. The fact that DMT occurs naturally in the body, being secreted by the Pineal Gland, makes it even more interesting. The book itself is very well, written, very scientific, and quite enjoyable. Just reading about all the hoops he had to jump through to get to do the research in the first place is amazing.

It has made me wonder about paranormal experiences in new ways. For example, anyone who studies UFO’s seriously will point out that DMT can’t explain multiple witness sightings, radar tracking, and physical traces. But what if we are dealing with two different things. What if the only connection between the odd lights in the sky and the alien abduction scenario is that whatever causes the ‘physical’ UFO, sets off a release of DMT in the observer, who then has an internal experience? I think this could be a potential breakthrough in the study of UFO’s. It doesn’t explain what causes the lights, but if whatever does, affects people in the right way, it may lead to an encounter that is not ‘of’ those lights. Like a heavy wind blowing open a door you didn’t know was there. The wind and the room beyond may not be directly related, but one unlocked the other. It could also be that the beings that are contacted via DMT are also trying to come here, and they do so in what appear to us as UFO’s (and possibly other unexplained phenomena).

I have never been sure what to make of implants in UFO abduction cases, but people in DMT studies receive implants. There is no physical implant in these people, but plenty of abductees have claimed to have found physical implants right where they say they were implanted. Some of these implants, when removed, seem to be, at the very least, odd. Now, as I said, I am not sure what to make of this. There isn’t enough conclusive evidence one way or another, but I would say that Dr. Strassman’s research into DMT may be a very important clue in understanding the UFO Phenomenon, as well as consciousness and the human condition in general.

If any of this even vaguely interests you, I highly recommend picking up a copy of this book. You can look at it as DMT causing hallucinations or as DMT tapping into another realm, either way, the book is very interesting and opens up all new avenues of questions. Personally, I believe that it retunes us to another world. How much so probably depends on the situation and amount of DMT received, either naturally or by design. Dr. Strassman uses the analogy of the brain as a television, tuned by default to ‘channel normal’. DMT tunes it to other wavelengths.

I would like to thank Dr. Rick Strassman for the courage to see this study through and the strength it took him to actually get to do it. If you read this, you will understand what I mean. His research may have broken new ground in various fields, but only time will tell. 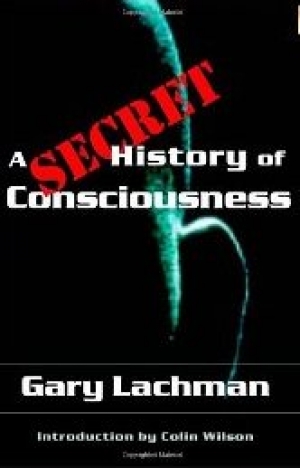